Are there specific rules, policies or guidance that the states have to tell their citizens to protect them from being deemed ineligible for future federal disaster recovery funds?

Comment: Insurance will be needed or you will get nothing. But even then you will need to know how to navigate a system that the states create to make it impossible for them to navigate. Insurance required to cover federal assistance received.

Some States did not require adequate homeowners' insurance for the homes built or rehabilitated with Disaster Recovery funds. Texas initially did not require insurance. It modified its program for the Katrina, Rita, and Wilma second allocation and, along with Louisiana and Florida, required insurance for 3 years. Alabama adopted a deed restriction that "strongly encouraged" insurance. For the Gustav, Ike, and Dolly allocation, Texas again modified its program and stated insurance was required, but its policy, like Alabama’s deed restriction, stated only that failure to maintain insurance "may" impact future disaster assistance. However, Mississippi took an aggressive stance by requiring a transferable covenant that required insurance at all times. These variations occurred because HUD allowed the States maximum feasible deference in the implementation of their Disaster Recovery programs as allowed by the State CDBG program.

HUD needs to adopt a best practice to address the issue of insurance to ensure that the Federal funds invested in the assisted homes are protected in the event of future hurricanes or disasters. Since Hurricane Katrina in 2005, an additional 10 hurricanes and other storms have hit the States and caused damage. Further, our audit of Texas13 found that Hurricane Ike had damaged homes repaired or replaced by Katrina, Rita, and Wilma grant funds, which lacked insurance. In one extreme case shown in figures 10 and 11, an uninsured home suffered significant structural damage, and the homeowner inquired about additional disaster assistance for his recently replaced home.

The Texas audit also found that of a sample of 59 Katrina-, Rita-, and Wilma funded homes tested, 38 homes were later damaged by another hurricane or storm. Of the 38 homes, 23 did not have insurance. Based on a projection of the sample results, at least 133 of 453 reconstructed or rehabilitated homes or homes awaiting reconstruction lacked insurance and were damaged or are at risk of being damaged by another storm. The report concluded that if Texas changed and improved its action plan and policies, an estimated $60.2 million in program funds could be saved.

For Hurricane Isaac, which struck in August 2012, initial reports estimated damage to 13,000 homes in Louisiana located in the same areas previously affected by Katrina. Since Louisiana required insurance for only 3 years, there is the potential that damage had occurred to Disaster Recovery-assisted homes completed before 2009 that may lack insurance, as the State's required insurance period had expired and nothing would prevent homeowners from seeking additional Federal assistance. 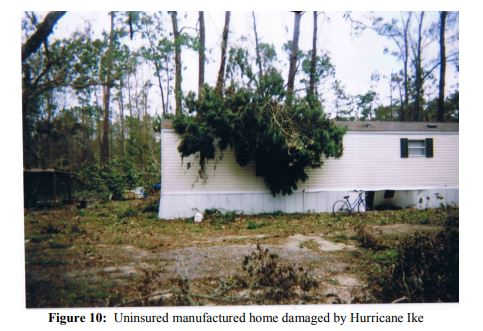 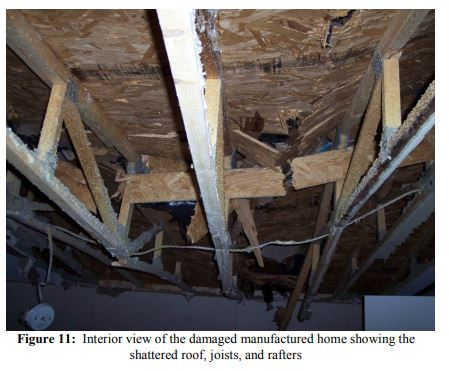 Thank you for reading. Use the message form below to send your Comment, Suggestion, Feedback, Opinion and Content Request.

If your manufactured home was damaged or developed unhealthy living conditions after a declared disaster due to the disaster can I receive a grant to replace my mobile home?

Restore Louisiana Homeowner Assistance Program will provide assistance to homeowners who need to demolish and reconstruct their disaster damaged home.

No inspection from FEMA? Registered and reported Minor Damage but able to live in my home? Only Remote Telephone Inspection? Home Repair Funds less than actual repairs?

How to use our Research Based Learning pages to better understand a subject, to collect the missing pieces of the puzzle, to start a research project or to close out your research project. Resources published here are parts or segments of..

When you are navigating the federal disaster assistance agencies your first stop should be to the TruckAndTools.Com Disaster Resources. Every disaster agency uses the same process but not every disaster agency follows strict policy and guidance. Don't go into your disaster recovery with blind trust of your federal and state agencies that are leading the push to get you sheltered and out of the program.

CDBG DR Award calculation letter determination on the eligibility of your grant.

Or add our TruckAndTools.Com RSS feed to your favorite news reader and keep up when new information is shared.

State of Louisiana Restore LA Program managed by the OCD-DRU says it will not pay interest on SBA loans.

If you need a quote for a new manufactured home for the Louisiana Restore program send a note with your old VIN number and your status in the program. All we can do is help you get the quotes for the MHU you are looking to replace. Contact me

Preliminary Report Card. Click your parish from the map. Some data will be updated May 2023.

You may have answered questions incorrectly when you completed your Restore Louisiana Program Survey.

Building your homes thermal envelope as defined in IRC codes and by the Department of Energy.

With more people building homes more energy efficient we have to expand our reading to be able to correctly design homes that provide the best overall energy saving experience. Heating, Cooling and Moisture control will be our main focus in this article.

VIDEO: I have never been a fan of cripples on top of the header.

When I design a wall I always look at how the wall transfers the weight from above then I look at the openings and how I can make them easier to work with when choosing windows and doors. If you know the width, you know header so place it under top plate