Homeowner after Homeowner have complained about the subcontractors Innovative Emergency Management, Inc. (IEM) has hired. Some have reported more than 5 different companies and workers have been assigned to their repairs under the solution 1 program.

One homeowner shared with us that the subcontractors were told not to tell the homeowners who they worked for. Not to share license information and not to speak with the homeowners.

Many homeowners became concerned when their repair projects now going on more than 1 year in the works were no closer to being completed when the main contractor would start saying they are ready for closing.

Homeowners even tried to contract the state regarding the issue of being forced into finals with a promise that the contractor would return and complete the work.

When homeowners reached out to us at Truck and Tools we found that the states contract allows the contractor to request a final payment and to be granted the final payment even if the homeowner states the work is not complete.

The state then notes that the contract needs to return to the job site, but homeowners are saying they would rather not be put through any more abuse and shoddy workmanship that is being offered to Solution 1 homeowner.

One homeowner reported the following hiring practices by Roy Anderson.

Homeowners expect some type of information from the main contractor that is assigned to them. Many complaints about the subcontractors have been reported in a Facebook.Com group called "Restore LA Program Info Exchange". Some of the homeowners fear the workers and have had verbal abuse from them as well. On one occasion a homeowner reported when the planning and zoning inspector was on site an argument between the inspector and the subcontractor and two additional subcontractors broke out. The inspector sent away to of the 3 contractors to continue the inspections. If planning and zoning officials are having issues with these contractors we can only imagine homeowners are having even more issues.

Homeowners reported workers had entered closed rooms where they placed signs to not enter. Homeowners even reported activity of urinating in front of the home near the front door which was caught on video by the homes security system stated one homeowners.

Homeowners that complained to Restore about the service reported that a Mr. John Mellanzo of Roy Anderson and a Mr. Andy with Magellan Construction on at least one occasion called the homeowner and verbally insulted them for calling Restore about their subcontracted workers. The homeowners were told to stop calling the state because that is getting them in trouble with the state of Louisiana OCD-DRU.

We have just picked up this story and this issue and have had time to request updates to the IEM Inc. contract with the state that is to list vetted subcontractors from our understanding of Section 12 of the states contract with IEM Inc. that reads.

Neither the Contractor nor any of its subcontractors shall also contract for services under the separate Quality Assurance/Quality Control (QA/QC) contract entered into by State for program monitoring services. The Contractor shall not contract with any other subcontractor(s) without the express written approval of the State."

In an effort to better understand the State of Louisiana's Outsourcing and Subcontracting services a document request was sent to Catherine Fairchild and Dan Rees both DOA OCD-DRU and CDBG Compliance state employees.

12-11-2018 Email to Catherine Fairchild and Dan Rees:
I respectfully request the written permission from the state of Louisiana allowing IEM Inc. to enter into subcontracts with third parties named

"Your public record request dated December 11, 2018, below, was received by the Division of Administration on December 11, 2018. The premise of your request, that the addition of subcontractors by IEM for work on the Restore Louisiana Homeowner Assistance Program requires or results in an update or amendment of the contract with the Office of Community Development, is incorrect. This is to advise that there are no documents responsive to your request.

The reply is very clear, the Restore Louisiana Homeowners Assistance Program managed by IEM Inc. for the state of Louisiana OCD-DRU does not have to update the contract to reflect authorized sub-contractors.

This was one of the issues a group of homeowners discussed. If the state had no method of vetting contractors and known felons are hired the homeowner will be under false security that they are safe around the workers and when not around their property is safe from the workers of the subcontracted projects.

We do not appreciate the state allowing IEM Inc. listed contractors to abuse homeowners verbally over the phone and in person with inspectors. The lack of oversight by the state of Louisiana brings to light the lack of quality and controls the state has in place and enforced.

We will continue to report homeowner issues and work with them and the states licensing board to bring to light an issue that should have never come to pass.

Not only are we seeing unskilled day labor we are seeing outsourcing to the level of unlicensed contractors which IEM Inc. should be well aware of the laws being they were also unlicensed at the time of their bid on the 2016 flood recovery projects.

We need to recover as much as possible the R22 refrigerant in our 5 ton home AC unit. It does not have...

We need to recover as much as possible the R22 refrigerant in our 5 ton home AC unit. It does not have... 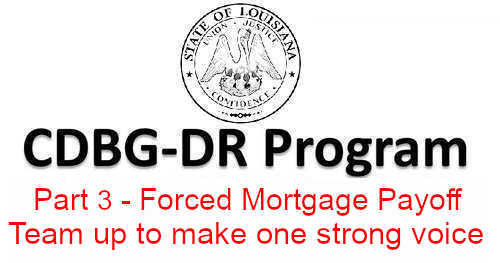 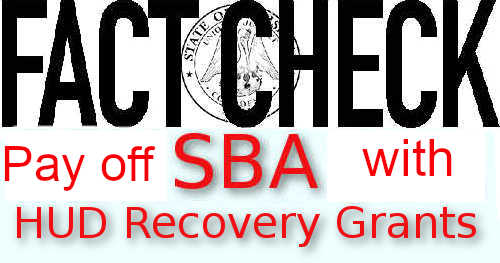