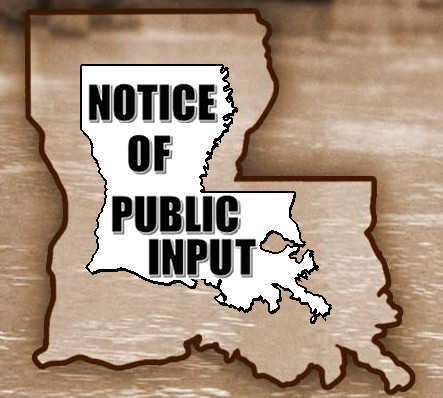 Last Thursday Aug. 16, 2018 I sent the linked page as an email to all task force members. As public input allows I proposed a solution to FIX the SBA issue for those that DECLINED the SBA Disaster Loans. I need your help to deliver the message again.

Last Thursday Aug. 16 I sent the attached page as an email to all task force members.

No matter who you are, no matter if you are finished with your repairs or still sleeping in a camper, we need you to call the following people and tell them you support the SBA Declined guidance input, then email the message again and keep them focused on adding our public input to protect those that are being penalized for not accepting federal assistance from the SBA.

By sheer numbers we can make the task force respond to public request and treat the citizens and public input as it is detailed in the executive order JBE-2016-65.

It's time for you to take action today or it may be the end of the program for anyone with an SBA loan that was declined. Why punish those that refused the SBA debt burden? We have to stop this method of selective policy, public law and guidance enforcement before the next task force meeting in Sept, 2018.

Call the following people in published order.
Task force members are not assigned areas so you can contact any and all of them. Do not skip anyone, We need a minimum of 10 contacted by each person. Please use their titles as shown.

I am calling you today in support of Mr. Murray Wennerlund's public input sent to you Thursday the 16th of August.
I encourage you to place the solution for the SBA Declined loan issue on the Task Force agenda and to vote in favor of the policy to follow public law 115-123 as official state guidance for the estimated 3,800 Louisiana citizens that declined the SBA loan.

Thank you for your time.
[Your full name, address, phone]

Background and more of the story of how difficult it is to communicate to the State of Louisiana and how they often set aside public comment and have not officially formed as state law governing Task Force, Boards and Commissions an active channel and method of public input that allows solutions, policy, project, changes, modifications and proposals to be submitted to the Task Force as a group.

This is my second attempt to have any task force member respond and acknowledge receipt of public input. It appears we as Citizens of Louisiana are being ignore and if this continues we could be faced with the fact that $682 million of our Homeowners Assistance HUD CDBG-DR funds will be transferred from the projects focused on helping the citizens to other projects focused on helping local and state government.

ADVOCACY TASK: Cancellation of EIDL but not Emergency Grant Advance.

How do you become a Disaster Recovery Guru for your business?

How to create your Capital Access Financial System login.

Is the Unemployment grant EIDL advance a duplication of benefits for the PPP?