When more than one request for information regarding rules and policy of boards and commissions went unanswered, we were forced to bring into question if the Louisiana Task Force was breaking Public Input policy as shown in JBE-2016-65. 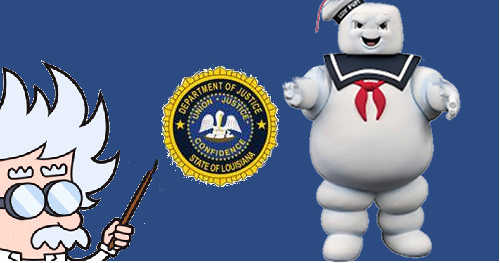 I represent a small group of roughly 300 Louisiana flood victims that have worked together to create solutions for many of the issues the citizens face with the recovery from the 2016 floods.

In the Governors Executive Order JBE-2016-65 there must be a method to allow for public input.

Currently the Task Force does not respond to any of our direct requests to be heard outside of task force meetings public comment  periods which do little if anything at all regarding the executive order to modify plans based on public input.

We currently have a solution for an estimated 3,800 Louisiana homeowners that declined the SBA loan. The Governor even stated in a press release and an email to US Senator Kennedy the 3,800 or roughly 1/3 of all SBA issues can be fixed by the Bill HR 1892 Public Law 115-123 which was passed and signed into law Feb. 9, 2018.

We have made numerous attempts to gain the attention of the Task Force without success.

We are not reaching out to your office and request that your office remind the Louisiana Restore Homeowners Task Force that public input is a right according to the Executive order and must accept, discuss and review our policy modification suggestion that would assist over 3,800 Louisiana homeowners.

A copy of our SBA Declined Solution can be found here: https://www.truckandtools.com/disaster/mur.asp?gdyk=136Thank you for your time, we look forward to working with you and your office regarding our rights to communicate with the Louisiana Restore Homeowners Task Force.

The Answer we received from this email to the State of Louisiana AG office.

Your message below has been referred to me for review. I have reviewed Executive Order JBE-2016-65 and understand that the Task Force must create "a mechanism for public input and the opportunity to modify priorities and plans based on such input." The Executive Order, however, does not appear to require the Task Force to respond directly to your requests to be heard outside of task force meetings during the public comment period. Reviewing the Task Force's website, it appears that they have set up a mechanism for receiving public input.

Should you like to better understand the laws and requirements governing the Task Force, I advise that you seek out a private attorney. The Office of the Attorney General represents the State and its agencies, departments, boards, and commissions. It cannot represent private residents such as yourself.

Note: Communications to any task force member seems to be limited to area of representation. Example, roads and bridges, Mr. Smith DOTD, Rep. Pope District 10, Rep. James District 101, etc. It appears that the task force was not designed with the intent to allow public input to modify priorities or plans.

Note: Communications to any task force member seems to be limited to area of representation. Example, roads and bridges, Mr. Smith DOTD, Rep. Pope District 10, Rep. James District 101, etc. It appears that the task force was not designed with the intent to allow public input to modify priorities or plans.

"Your e-mail below is being interpreted as a request for documents relating to whether the Louisiana Restore Task Force is divided into segments and each member responsible for a specific geographical area as well.

There are no documents responsive to your request."

Note: This issue became a problem when no task force member would acknowledge the public other than during public comment periods which produced another issue when the OCD-DRU told the task force that they didn't have to answer public input / comment period questions from the public.
It's as if the OCD-DRU controls the Task Force and the only groups that can provide input are the Task Force itself which is made up of special interest groups, the Governor and the OCD-DRU itself.
The people have no valid communications method to modify or suggest change.
We took it upon ourselves to establish a method and have had acknowledgement with our method.
We email as a group and call as a group, and repeat until we are acknowledged. We would like future task force orders to be clear on how the public will be acknowledge.