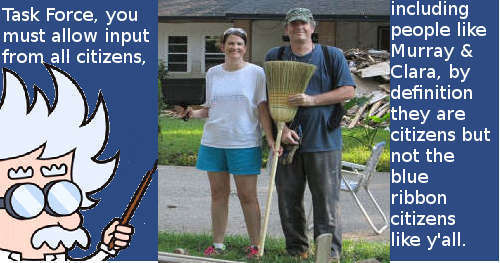 Whereas, the floods of March and August of 2016 have been devastating to Louisiana families and communities, affecting fifty-four (54) of the sixty-four (64) Louisiana parishes

Whereas, together, the floods inundated well over 100,000 homes, and have damaged or destroyed churches, schools, businesses, buildings, and public infrastructure all across the State of Louisiana

Whereas, the August flood has been historically severe, as the flood waters swept over whole cities and towns, many of which had never seen flooding before

Whereas, the fundamental priority of the response and recovery from these flood events shall be to assist our fellow Louisiana citizens to return to their homes and communities, and to ensure that those communities are economically, educationally, and socially sound and thriving

Whereas, local, state, federal, and other public and private resources will be committed to the rebuilding and redevelopment of these areas

Whereas, it is essential that such resources be coordinated and targeted as well as leveraged with traditional resources, in order to maximize their impact, improve efficiency and avoid duplication of efforts

Whereas, the importance and magnitude of this response and recovery dictate that a coordinating task force be created

Whereas, the Restore Louisiana Task Force will work with all levels of government and in support of local communities to ensure that all impacted parishes have the opportunity to voice their concerns and needs and also see that resources are divided equitably between parishes according to levels of damage and affected population and

Whereas, the Restore Louisiana Task Force will work to ensure transparency and accountability in recovery programs and to ensure that impacted communities remain informed and involved with all parts of the recovery planning process.

Section 1: The Restore Louisiana Task Force (hereafter the "Task Force") is hereby established within the Office of the Governor.

Section 2: The duties of the Task Force include, but are not limited to, the following:

B. In coordination with the Governor's Office of Homeland Security and Emergency Preparedness, the Office of Community Development, and the affected parishes and municipalities, the Task Force shall assist in developing data about the individual, business, and public infrastructure needs for recovery.

C. The Task Force shall work in coordination with state and local governments and the federal delegation to assist in identifying additional sources of federal funding, such as Community Development Block Grant Disaster Recovery funds.

D. The Task Force shall establish a federal and state legislative agenda for the recovery and redevelopment effort and for coordinating between levels and branches of government to implement that agenda.

E. The Task Force shall, in conjunction with parish and local governments, set priorities and offer direction to the Governor's Office of Homeland Security and Emergency Preparedness relating to the use of funds made available through the Robert T. Stafford Disaster Relief and Emergency Assistance Act and any additional available federal funds.

Section 3: The Task Force shall be composed of a maximum of twenty-one (21) voting members, who shall be designated by and serve at the pleasure of the Governor. The Governor may also name non-voting ex-officio members of the Task Force.

Section 4: Two members of the Task Force shall be selected by the Governor to be Co-Chairs.

Section 5: The Task Force shall meet at regularly scheduled meetings and at the call of the Governor or the Co-Chairs.

Section 6: The Task Force shall be authorized to set up a committee structure that should include, but not be limited to, committees on housing, education, finance, public infrastructure, and agriculture.

Section 8: All meetings of the Task Force shall be subject to the Open Meetings Law as contained in La. R.S. 42:11 et seq. and shall be held in a location to allow access by the public.

Section 9: The Task Force shall be staffed by employees of the Office of Community Development. In addition, the Task Force may draw upon staffing and resources from other executive branch agencies as needed, and as approved by the Commissioner of Administration.

Section 10: All departments, commissions, board, offices, entities, agencies, and officers of the State of Louisiana, or any political subdivision thereof, are authorized to cooperate with the Task Force in implementing the provisions of this Order.

Section 11: This Order is effective upon signature and shall continue in effect until amended, modified, terminated, or rescinded by the Governor, or terminated by operation of law.

In Witness Whereof, I have set my hand officially and caused to be affixed the Great Seal of Louisiana, in the Capitol, in the City of Baton Rouge, on this 2nd day of September, 2016.